The h bridge turned up today, little black box with some wires hanging out it, il open it up tomorrow and see if the wires are named as above as there’s no extra info in the box lol

Does the h bridge require it’s own 12v input ?

Il wait until I know what peddle I’m using but It’s the only thing I’m unsure, iv figured out the 5v and ground, is the other 4 wires pps? So each having 5v going to them and then 2x pps back into the ecu ?

Yes, it needs power and ground connectors, the trigger to the "S1" terminals, plus the motor connections. The board inside is labelled so you'll have no problem working out how to wire it in and is as per manual from their website (http://www.syvecs.com/downloads/Syvecs% ... Module.pdf) ...but a shame they don't provide any information on the wire colours they've used!
Top

Nothing on that box goes to the pedal.

As said earlier, you originally had 1 TPS going to the ecu.

You will now need an additional 3 inputs to the ecu. So 2 x TPS total and 2 x PPS total. And then 1 output signal to the little DBW driver.

The little box only drives the DBW blade motor.
Top

yeh, iv since opened it up and made a note of the coloured wires and where they go, so thats sorted

As said earlier, you originally had 1 TPS going to the ecu.

You will now need an additional 3 inputs to the ecu. So 2 x TPS total and 2 x PPS total. And then 1 output signal to the little DBW driver.

The little box only drives the DBW blade motor.

But im assuming the pedal is going to need 12v in , ground and then what about the other 2 wires ? what do they normal do?

Iv had a look again at the wiring for the mk2 pedal i think im going to use, it has 6 pins,

1: pedal 5v+
2:ACC pedal input (what is that?)
3: pedal ground
4: ties back into a ground
5: disapears off the drawing at pin 28 and i cant seem to find that on the ecu
6: go's to a sub system with the fuel pump relay called PJB (partial)

Im away to spain for the weekend to watch some rally cars, il be back in the depths of my wiering mess when i get back! 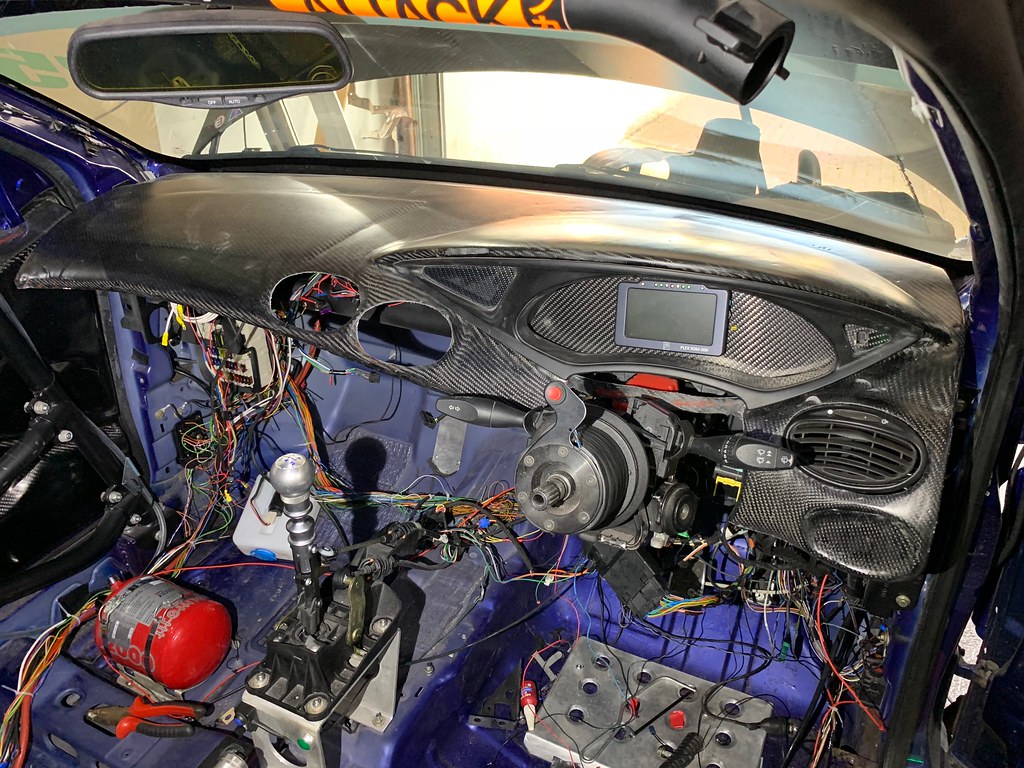 The want for a PDM is unreal but it would be out of my depth as i would want the whole car re wired!
Top

No, as I already said.

Pedal will have 5v, ground and 2 signal returns back to the ecu. It's just a sensor like any other.

So in effect 4 wires from the ecu, but OEM tend do this with independent wires each, so 6 wires/terminals

In whatever pin order suits your pedal.

But aftermarket share the 5v and gnd wires. No part of the pedal will/should see 12v.
Top

Ah right i get you now, im using the ford focus ST/RS OEM pedal (well plan to so far) and i was just scared when i started reading about CAN systems on the drawings i had a little panic thinking that it was maybe going to only work with CAN data

Still going by this it looks like there is only 1 input ?i dont know where that pin 5 fucks off to, reading these drawings split over the pages is a bit confusing lol
Top

I guess it is possible the pedal could be a CAN item, pretty sure that would be unusual though, and the drawing clearly marks one set of 5/g/s

Easy way is to test it though. Get a 5v supply and try various pin configs to see where you get a moving signal between gnd and signal on the various pins.

Signal output can go up or down, or both same, both opposite...all car makers seem to do it differently.
Top

I believe the Focus pedal is either 1x std 0-5V and 1x PWM, or 1xstd and 1xCAN. I suspect, from the drawing, that it's a PWM connected to a control unit which converts it to CAN, which the S6 then receives on the vehicle CAN bus (via extensions to the Bosch M4 protocol). Whether the CAN bridge in the S6 PnP kit manipulates it in any way I am not 100% sure, but would be surprised if it didn't need the data to be manipulated.
Top

so I’m now assuming that means I can’t use that pedal? Anyone got any recommendations on a suitable pedal ? Ideal top mounted but no major issue if not, cheap and easy to come by if possible
Top

S6 supports PWM PPS, but I have no idea whether the Focus pedal is compatible - would be worth pinging Syvecs support an email to find out.
Top
Post Reply
145 posts